While we cannot change what happened in the past,

we can change the negative effects it has on current behaviour.

Come along for an initial consultation (no charge) to discuss how Hypnoanalysis can help you.

Most people have heard about someone who has stopped smoking or lost weight using Hypnotherapy or perhaps overcome a phobia which they have battled with for as long as they can remember. It is true that Hypnotherapy can be very effective in treating these problems, but sometimes many of us are unaware that these are just some of the many symptoms that can be successfully treated.

I just wanted to send you a message to let you know how fantastically well all has been going since I had my sessions with you.

Firstly I have had a real shift in my thinking and am finding that I no longer have anxious thoughts and find myself naturally being positive about things. I seem to now be able to have a calmer less reactive approach towards life. I am so much better at communicating with others, less worried about what they think and am more aware of how others may struggle too with communication.

Secondly I went on holiday to Florida and had no anxiety about flying, it was amazing!

So thank you so much!

All fees can be paid by cash or credit/debit card

Problems which are 'inside yourself, but outside your own control."

Using analytical therapy we can address the original cause rather than just managing the symptoms, leaving you free to get on with your life.

When a client comes to see me with phobias, stutters, nervous twitches, depressive mood, anxiety, panic attacks, shyness, or sexual problems, for example, I think it's a fair assumption that they think that somehow I am going to put them into hypnosis and tell them they no longer have whatever symptom they are suffering from.

They assume that suggesting away the symptom is all it takes. However, we should be asking the question: Why?

Why did the problem develop

in the first place? 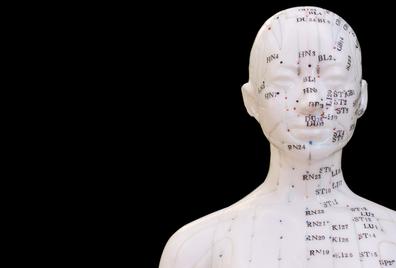 Far from using post-hypnotic suggestions to control the symptoms, Hypnoanalysis removes the cause of the anxiety and as a result, the symptoms are relieved for good. The therapy works through the bottled up emotions causing the anxiety and clears them away.

Anxiety is the most common issue that people consult me with. Anxiety is something that creeps up on people over time. Many people identify with feeling anxious or struggling with panic at sometime in their life, but for some it's a daily occurrence. The feelings of dread and panic can start to take over their life, and they find themselves avoiding things they once enjoyed.

The trouble with anxiety is often it is difficult to put your finger on what it is that causes the unwanted feelings.

Clients with anxiety will be able to describe what situations make them feel anxious but no amount of thinking positively or ‘battling on’ has a  long-lasting effect.  At best it's manageable and with the support of friends and family, the anxious person is able to get through the trigger situations.
.

The Interpretation we make informs the emotional impact and gets added to the ‘blueprint’ for future experiences. The problem is that the interpretation is not always accurate, and the inaccuracy explains why one person may find the experience traumatic and another does not. 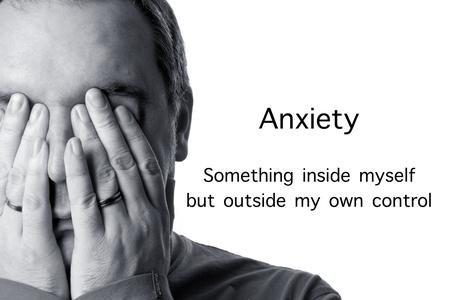 The interpretation made will be influenced by past experiences too. We make positive and negative interpretations of events based on what has gone before. We learn to interpret events through not only what we have experienced directly, but by those that we have witnessed.

Hypnoanalysis is an analytical type of Hypnotherapy, which rather than treating and managing the symptoms, aims to resolve the unconscious root cause of the problem. By working through the faulty interpretations made as a child, they are able to make sense of where it came from and as a result free themselves from the effects.

So what is the cause? With most people is it bottled-up emotion. The emotion that has been packed away inside the person's mind for years. Some of it they don't even remember. If you spoke to someone for long enough about when you were a child, it wouldn't take too long before they were describing an event which upset you; and you have no recollection of it.

Hypnoanalysis works under the doctrine of cause and effect. For every effect (symptom) there has to be a root cause. It doesn't make sense that one person should have panic attacks or a persistently low mood and the next person doesn't. What makes them different? The analytical process works through and extinguishes the cause and as a result, the symptoms are removed.

​Resolve the Stresses of the Child

and the Adult finds Happiness

Using the minds natural ability to link recollections together, analytical therapy uncovers that bottled up emotion and as a result frees you from your symptoms.

Whenever people come to see me, with nervous twitches, stutters, depressions, anxieties, inferiority complexes, sexual problems, phobias and the like, I am never quite sure what treatment they expect - but I do know that the treatment they get is not what they expected.  I think many people have a vague idea that the Hypnosis part of the therapy will be all-important and that they will somehow be induced into a trance-like state where it will be put into their mind that they will…talk without stutter…no longer be depressed…no longer be afraid of enclosed spaces… In fact, nothing could be further from the truth.

Far from putting something in your mind, in fact, something is released from your mind, the subconscious something which had been at the root cause of the problem.

I know you have probably seen stage shows, or heard of people who have had something put into their mind,  and if you wanted to stop smoking I’d do that right now, I’d simply induce you into Hypnosis, which is a very pleasant relaxed feeling, and plant post-hypnotic suggestions in your mind that you were going to stop smoking easily,  and it would most likely happen for you just as simple as that.

Suppose, however, that you had consulted me with Agoraphobia ( the fear of going out)  and just suppose I applied a similar technique.  Let's imagine I planted hypnotic suggestions that instead of being afraid of the big open spaces, it all looked welcoming and reassuring. Rather like that smoker who was surprised to find he had stopped smoking, so too, the Agoraphobic would be surprised to find he was no longer afraid of going out; that those open spaces did look welcoming and reassuring.

A month or so later, cross-question that ex-Agoraphobic a bit more and you may discover something rather alarming.  For instance, he may no longer go in motor cars, on buses or to the cinema. He has become afraid of going into enclosed spaces, or alternatively, he was covered from head to toe in a nerve rash the Doctor has been unable to treat successfully.

The process we use to uncover the subconscious problem is called Analysis, and we carry it out with you in the Hypnotic state.  The Hypnotic state is rather ordinary and certainly non-magical. Most people would say, during and after the Hypnotic experience, that it hadn’t worked for them, that they hadn't ‘gone under’. It is unlikely that you will feel differently.  However, as a tool to help us in therapy, it is perfect.

I expect us to take between six and eight sessions, each session approximately an hour in duration and at approximately weekly intervals."